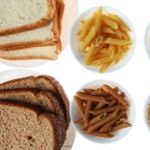 Natural sleep remedies such as Sleep Aid may help you get a good night’s rest. In addition, consider adding foods such as bread, pasta, apples and bananas – all high in carbohydrates – to your diet. Since carbs raise serotonin levels, it makes sense that a dinner full of these heavy foods would help you drift off to sleep. ABC News reports that snacks high in carbohydrates and low in protein may help the brain create tryptophan, as well.

This year, the Perelman School of Medicine at the University of Pennsylvania released a study showing that varied diets may help regulate a healthy sleep cycle. The team took a look at the Centers for Disease Control and Prevention’s 2007-2008 National Health and Nutrition Examination survey. Everything, including a glass of water, was tracked in the diets of a group of the U.S. population that had a range of ages and demographics.

Those surveyed were split up by their sleep pattern – very short, short, standard or long. Researchers found that some of the top contributors to differences in the duration of sleep were proteins and carbs. The study showed that individuals with very short sleep patterns maintained diets that were low in total carbohydrate intake.

So, for a dinner that’s eaten about four hours before bedtime, think potatoes or pasta (just not too much) if you aren’t getting enough sleep at night. If you’re in need of a snack to help you sleep, try an apple or banana with peanut butter about 30 minutes before you got to bed.

We are driven by our deep passion to develop safe and effective natural alternatives that provide lasting benefits to our customers.